The sycophants, and among them is astonishingly the London Cycling Campaign, seem to forget that during Hendy’s stewardship of Transport for London, close to 900 vulnerable road users have been killed and tens of thousands of Londoners’ lives have been severely affected by traffic violence.
In the vast majority of these killings, Transport for London had an important contributory role, either by
Hendy symbolises the ignorance, arrogance and nastiness of many in the British Establishment: the callous, inhumane pursue of self-enrichment with total disregard of the welfare and lives of others,  seasoned by a sickening amount of bullshit.

Victim blaming is ingrained in British culture and Hendy was a master; here are a few examples:

Part of the reason for Hendy’s resilience, despite his record of killings and cover-ups, is that he started his career as a bus driver, and in London it seems you cannot touch this sacred cow; we will defy this stupid rule in a future article.

One of the most sickening piece of bullshit spouting from this vile man was that Transport for London has adopted Vision Zero. In most countries he would have been pilloried for having made such a dishonest remark, but in the world capital of bullshit nothing sticks.

This is only surpassed by the repulsive rejoicing every year when, 6 months late, Transport for London issues road casualty figures boosting that “only” 65 pedestrians have been killed in the previous year. Absolutely no sympathy from Transport for London for the families of those people which would be alive today had they done their job properly.

Hendy’s likely successor comes from the Tube, where the culture of safety is very different.

Just in case Mike Brown gets corrupted by the Bus Mafia, beheaded but still powerful at TfL, here is what needs to happen for London to adopt Vision Zero:

We’re sure that the next Mayor will have Vision Zero as a core principle of her/his transport policy, so it is in Mr Brown’s interest to start now to change the culture of the juggernaut.

We hope that the following comments by Andrew Gilligan make cycle campaigners reflect on their strategies: 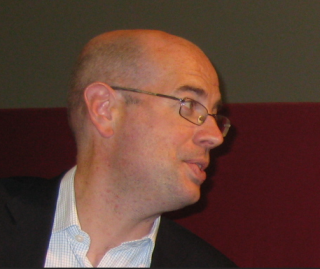 There is, in fact, a power in the GLA Act which allows the mayor to take control of any road in London. We have to get the agreement from the Secretary of State so it’s not quite the slam dunk we hoped it was.

However we did contemplate using that power in one or two cases on the superhighways. We didn’t have to in the end, the threat of it was enough.

I wonder if it might be worth asking future mayoral candidates whether they would be prepared to use that.

We’re still in the foothills of making London a cycle friendly city and the task for Londoners is to make sure the progress we’ve made continues after May 2016.
There is a chance that whoever is elected next might not care so passionately about cycling. There is also a risk that parts of TfL might feel they have ‘done their bit’ by delivering the segregated routes they are doing now; they have ticked the box, they can get back to buses and trains.
It’s a mistake to think transport investment is a zero-sum game, in which any investment comes at the expense of everyone else. Most of the schemes we’re doing for cyclists have huge benefits for almost everyone else.

My hope in delivering these segregated routes is people realise that traffic doesn’t melt down, it is not the end of the world, it becomes less difficult to do more routes like that.

Gilligan is a clever guy and the message he gives is very clear:

He was riding northbound on London Bridge. It was a Saturday evening and the carriageway was fairly free. After crossing the river, Christopher started to move right from the bus lane, in anticipation of his right turn at the hostile and dangerous junction at the end of the road. For reasons unclear, he miscalculated his trajectory, hit the central kerb and fell over onto the other carriageway.

At the same moment, on the southbound carriageway, a young driver of a powerful BMW,  relieved that a bus in in front of him had just pulled to the left, accelerated and reached a speed of 61 kph. At that speed, the driver had no time to react when Christopher fell in front of him. Christopher was run over and killed.

At the Coroner’s Inquest, the investigating officer testified that

“Had the driver been driving at the speed limit of 20 mph (= 32kph), he would have been able to avoid the collision.”

However the Crown Prosecution Service decided not to prosecute the driver for causing death by dangerous driving.

The driver was prosecuted and convicted for speeding; so there is no doubt that he broke the law and was driving at almost twice the speed limit. Why then no prosecution for the much more serious offence?

We can only speculate that in the mind of the prosecutor was probably the view from the driver’s seat of a cyclist suddenly flying over the kerb.

This is a total misconception of why 20mph speed limit have been adopted. The limit is a fundamental pillar of Vision Zero, because it is based on the concept that people are fallible and errors should not be death sentences.

The key and only fact that the CPS should have considered was “Would Christopher Tandy have been killed if the driver had been driving according to the law?” The expert opinion was a clear NO and there was no opposing view. It is a stone dead case of Causing Death by Dangerous Driving.

The fact that Christopher had made an error or that he had drank 5 pints of beer through the day are irrelevant.

We still have a long way before British authorities understand Vision Zero. The tragedy is that until they do, young people like Christopher will continue to be killed unnecessarily.

It is sadly significant that the Coroner considered a Prevention of Future Death report because he was concerned about the size of speed signs  and not about the lack of enforcement of the speed limit.

Drivers know very well that they are speeding. They do it because
1. they know they can get away with it and
2. they feel that they can handle the higher speed.

The latter may be true most of the time, until a fellow human being makes an error.

UPDATE: The Coroner did issue a PFD report asking: