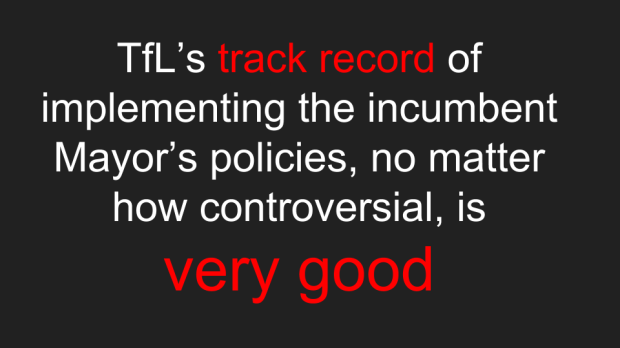 Therefore, just as TfL has been very professional and successful in implementing the Congestion Charge and the Cycle Superhighways (Version II), we are confident that TfL will be professional, competent and successful in adopting Vision Zero, if the new Mayor believes that Londoners deserve an environment where they can walk and cycle without fear of being killed or seriously injured.

What do the main candidates think about Vision Zero?

We are confident that Caroline Pidgeon, Sian Berry and Zac Goldsmith will adopt Vision Zero, if elected. 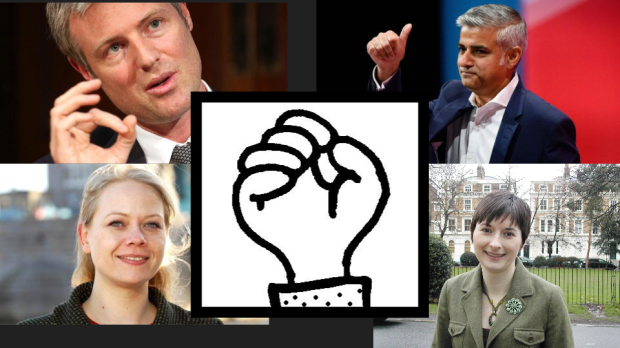 Does he have the courage and the vision of his namesake? Both are needed to implement Vision Zero. It is not a question of publishing glossy reports, but radically change the culture inside TfL

Zero compliance above, because humans don’t wait 78 seconds at a lightly used crossing. In spite of a TfL employee being killed by a Tfl-contractor employee, TfL refuses to change the pedestrian green phasing. 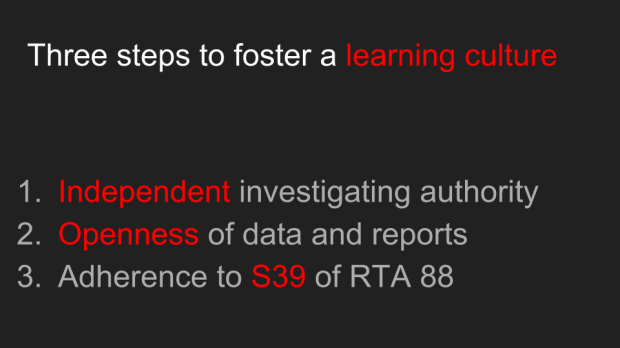 As we have documented, in the fatal collisions above, Police blamed the cyclist at E&C and the lorry driver at LC; cases closed, no lessons learned, no changes made, waiting for next inevitable fatality.

In all other realms of human activity, investigations are very different. Below are the Health and Safety Executive’s guidelines: 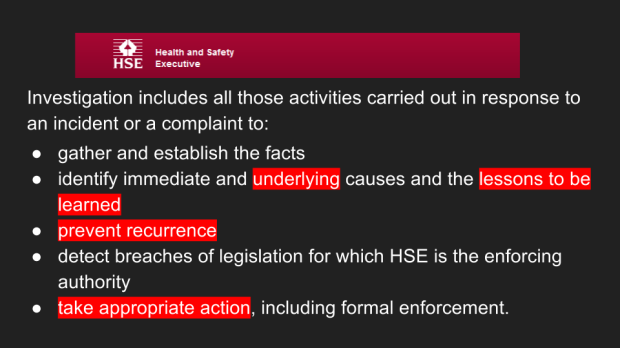 But HSE refuses to investigate road collisions even when a professional driver is involved.

Here are some initial concrete steps to guide the new Mayor: 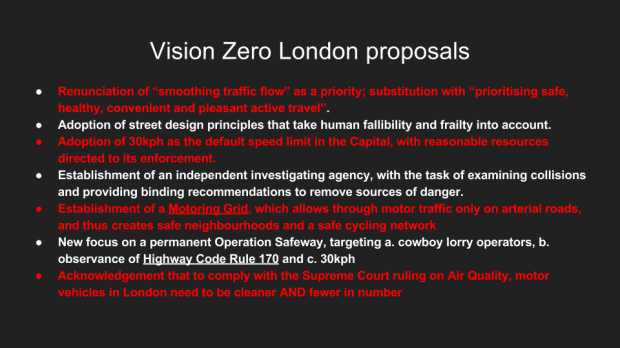 There are a few questions to get answers to concerning the fatal crash on the North Greenwich Busway, just before daylight broke on 4th January.

The road arrangements here are confusing.

A dual carriageway? No: two bidirectional roads side by side, with insufficient visual clues to tell pedestrian which way to look.

What looks like a dual carriageway, is in fact a conventional road and a parallel bus-only road which carries almost all the bus services heading in and out of the North Greenwich Interchange.  That can mean a pretty intensive stream of buses going through, as seen from the ‘wall of red’ with white roofed buses stacked back nose to tail after the crash.

Buses and pedestrians are bad news – per vehicle per year buses have the highest pedestrian hit rate for any class of vehicle. Now that isn’t really surprising, as to run a viable bus service you have to put buses where the pedestrians are, and then you invite them to walk up to the bus to get on board, but it does highlight the need for added vigilance when operating buses, and due diligence being paid the the way bus routes are planned in every sense.

Bus stations are a focus for this with services concentrated in to one place, but recognising the potential for increased hazards, and a boosted risk of serious collisions, the Health & Safety Commission (who oversees bus stations as these are not public roads), expect the operators and owners to have clear arrangements to manage safety. This usually means a speed limit of 5 or 10 mph, and a layout that excludes pedestrian activity for the space where the buses operate, and has arrangements for pedestrians to cross, where this is necessary.

If 10mph limit was set at Greenwich busway, it implies that it was deemed to be as risky as a busy bus station.

The position with the North Greenwich busway is unclear, but it may well be appropriate that H&SC investigates this fatal crash under HSAWA 1974 (as a Section 3 issue) rather than TfL or LB Greenwich (as RTA 1988 Section 39 demands that they MUST investigate crashes and take action on safety as appropriate).  Mention of past incidents and crashes, suggest that IF the relevant roads authority had been compliant with the albeit badly flawed Section 39, there would be a paper trail of other reports and (Section 39.3.b&c and Section 39.2.a(i)&(ii)) action proposed to improve road safety and promote an appropriate safety campaign). This is I reckon especially relevant for a busway from observation of the way that bus lanes and a recently completed busway (in Glasgow) are often carrying buses travelling at 30mph (because they can) whilst the surrounding traffic in cars and on foot is moving at a much slower tempo, often, with a bus lane, just inches away.

What has emerged is that the roads in this area have confusing and potentially non compliant signage, and pedestrian crossing works commenced with the development c 2007 have never been completed. Additionally a 10mph speed limit where pedestrian activity, crossing the busway in the vicinity of the bus stops just before John Harrison Way was signed and in place in 2008, but the signs were neatly removed from all 4 poles in 2014, leaving the busway with a completely inappropriate 30mph speed limit. 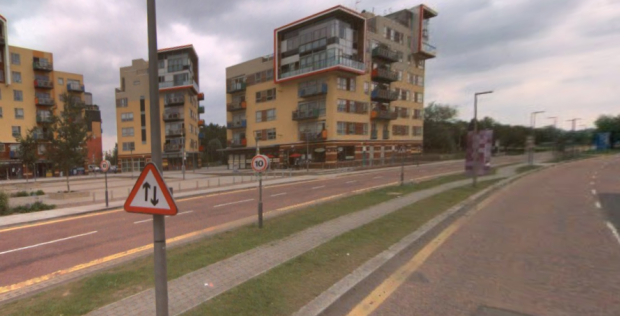 2015 – Roundels have disappeared; poles still there – What is the speed limit?

A non compliant design of ‘pseudo’ pedestrian crossing (of the busway) is visible on the 2008 pictures, complete with LOOK BOTH WAYS road markings, but like the 10mph speed limit – not completed on both sides of the busway and not a trace by 2014.

A detailed review of the pictures reveals non-standard(and non compliant?) use of various road signs (per the Traffic Signs Manual (TSRGD Chapters 3,4,5), and every off placing of signs warning pedestrians to LOOK BOTH WAYS when crossing the busway at John Harrison Way but turned to face the drivers using West Parkside and the busway, and including signs saying this before crossing West Parkside.

Signs not in the line of sight of pedestrians

In March 2015 the Parliamentary Committee on Transport Safety (PACTS) concluded that a structure of crash investigation and regulation that delivers such low casualty figures for air, rail and marine transport would deliver a major reduction in our roads casualty tolls and called for a highways version of RAIB/AAIB/MAIB as a key starting point. Some vision of what this means can be seen from RAIB reports where road vehicles are involved and in the absence of a regulator with a comprehensive and robust remit, letters were sent to DfT, Roads Authorities and vehicle operators recommending action to deliver safer road design and management, and vehicle design and operation. At Croydon (2008) one measure – reducing the risk of passengers being sent through the upper deck windows in a bus crash was a call to DfT and Bus Operators, at Oxshott (2010) 4 recommendations to DfT and Surrey CC on managing the risks of large vehicles crashing off bridges on to trains. So what has been delivered?