Morgan Penn lives on Tollington Road, one of the few streets in Islington where the Borough’s 30kph limit does not apply because it is managed by Transport For London.

It is one way and it has four lanes. It has the feel of a motorway; almost all drivers put their foot down, including bus drivers.

One day earlier this year, Morgan, fed up with watching near misses every day, attached a sign and a bunch flowers. 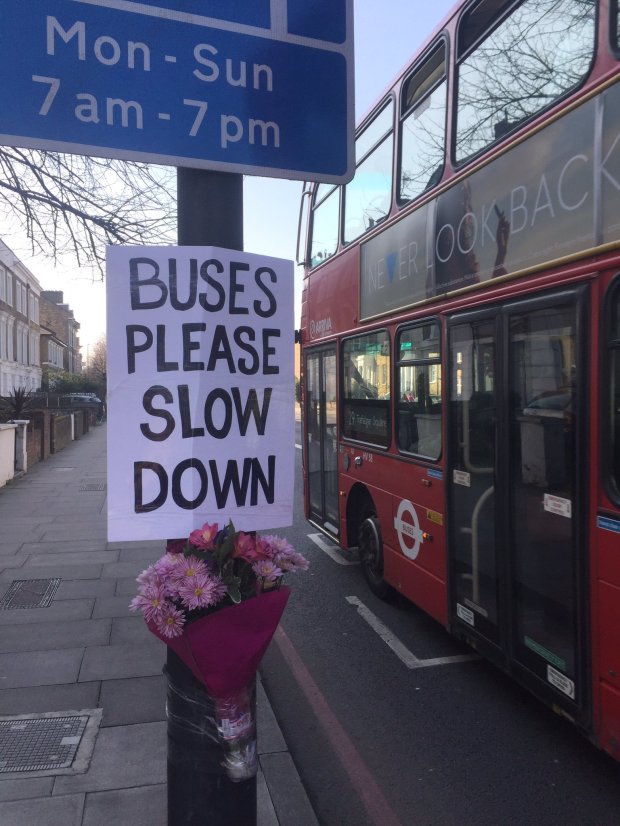 It didn’t make much difference, so Morgan prepared a bigger sign and decided to spend an hour a day flashing his sign to speeding drivers and recording the most egregious incidents.

His persistence has triggered a response from Transport for London, which is supposed to regulate the bus companies. Stuart Reid, the head of the Vision Zero, brought a couple of colleagues to examine the site; in a surreal exchange, as buses were hurtling down the road, just a few centimetres from him, he refused to take urgent measures to mitigate this clear and present danger. He had a different plan: do nothing for three-four years and wait for the Camden-Walthamstow route to go through its slow process of modelling, consultation, Sadiq Khan’s prevarications, and eventual installation.

TfL does have a programme to introduce 30kph on all his roads, but it is now focusing on Central London. When pressed as to why he wouldn’t bring Tollington Road to the speed limit of all the nearby streets (including Holloway Road an even wider road, which it intersects), Reid replied “Drivers would not respect it”. “Have you not considered speed cameras, in that case?” “We can’t do that” 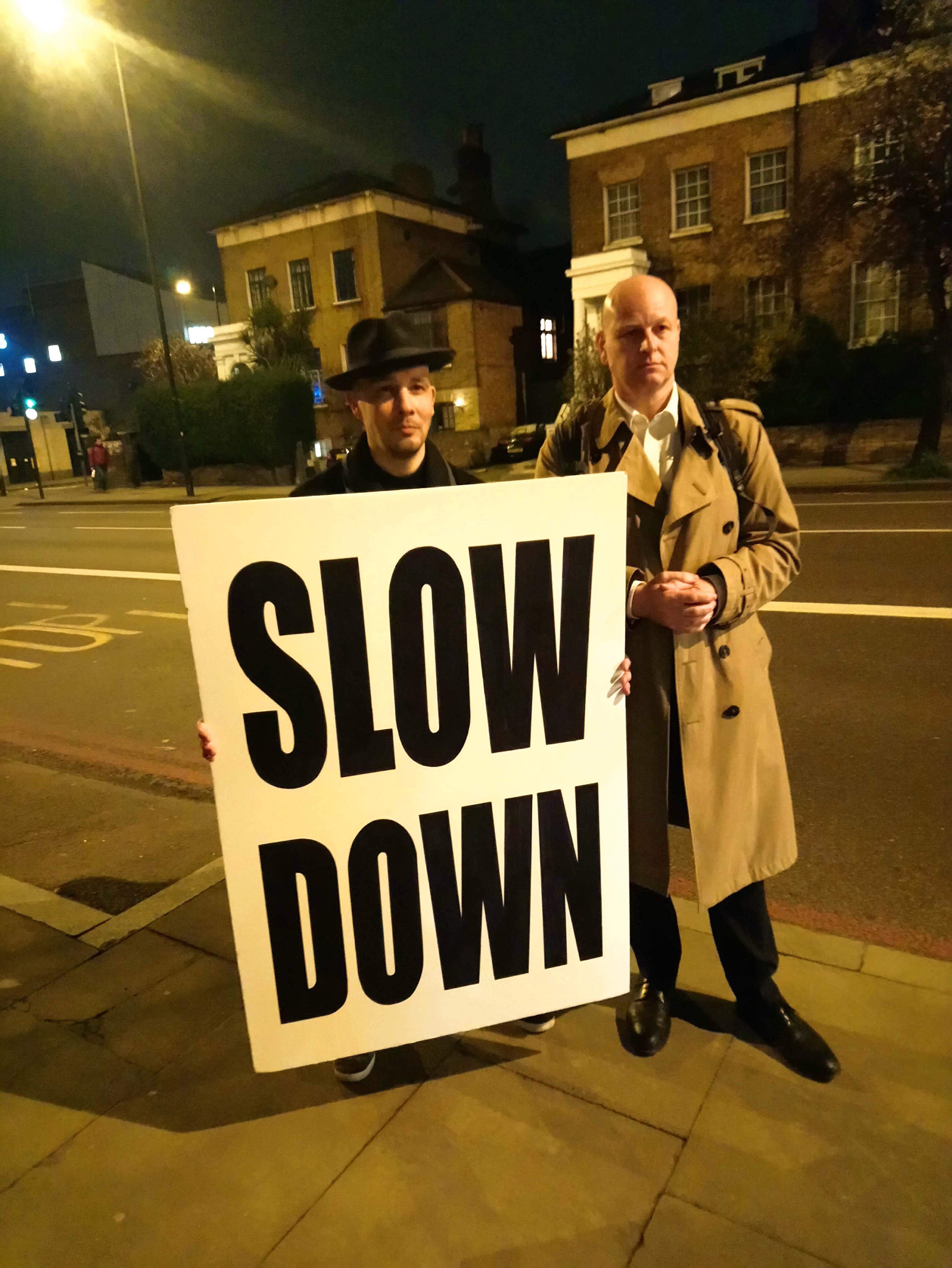 Morgan Penn with Stuart “Do Nothing” Reid, head of Vision Zero (or is it #ZeroVision?) at TfL

Morgan has written to all the bus companies involved in this “small children with big toys circus”. Only one company responded, GoAhead, the only company whose driving record is very good here. They have issued posters in their depots, and through their telematics, they are monitoring the speed on this stretch of road. The drivers know it and they drive responsibly.

The worst offenders are bus drivers working for Arriva and Metroline. The two companies  have a far higher injury rate in London than Go Ahead. The figures below, show the average number of injuries per bus for each company. Metroline and Arriva are considerably more dangerous than Go Ahead. So far they have refused to meet Morgan, to explain why their drivers behave in such an antisocial way.

At a subsequent site meeting Jon Pike, HSE Senior Manager at TfL has promised to put pressure on Arriva and Metroline to respond. He has also given an update on the Intelligent Speed Adaptation system, announced three years ago, but still being tested.

TfL is committed to rolling out Intelligent Speed Adaptation on buses and we are up to over 500 buses (Volvo specific) with this technology and hope to have at least 1,000 such buses with ISA by the year end. This retro-fit will mean that buses will have to drive up the speed limit and will not be able to speed. Such technology is being developed across other bus types; as you will see on your road there are many manufacturers. In other words, ISA is not an immediate solution.

Exactly. We need an immediate solution. There is one: TfL must instruct the operators which it is supposed to regulate, to run the buses at 30kph. This can be implemented in a few weeks and dramatically improve the safety of the street. This is Vision Zero thinking.

I leave you with an incident witnessed by Morgan and Pike, which I hope will stick to the latter’s mind until the right action is carried out:

While discussing the near misses at the crossing, we all witnessed that poor old lady who couldn’t get across the road in time, and the two buses moved forward towards her when the lights turned green, and then instead of patiently waiting, just belligerently jostled around her in a pack. It was lucky nothing more serious happened as they loomed over her. These near misses happen every day here, and this incident just highlighted the danger.

Waiting for someone to be killed is NOT Vision Zero.