This is a classic Vision Zero case:

In the afternoon of Sunday 16th September 2018 Julia Luxmoore Peto had gone shopping in Deptford. Just before 17:00 she was at the large junction between New Cross Road and Deptford Church Street.

Until a few years ago, this enormous, extremely busy junction had no protected pedestrian crossing; Transport for London eventually placed signaled crossings on three arms of the junction. However the design had a fatal flaw, not immediately apparent from the drawings, but indisputable to anyone who spends fifteen minutes at the junction.

The phasing of the motor traffic of the second crossing is a. straight only, b. straight and right turn, c. right turn only. Naturally the pedestrian light shows red during the three phases. However 90% of the traffic goes straight, and after the second phase, when it stops, it gives the misleading impression that it is now safe to cross.

For someone crossing North to South, this false signal is augmented by the fact that often the traffic stopped at red consists of lorries, which obscure the third lane.

It seems safe to cross. But beware of the third lane!

In the picture above, the lady may forget that the third lane is still on green. Adding to this confusion is the geometry of the staggered crossing, a dog left, which leads people to look away from the potential danger coming from the right.

Julia crossed the third lane as a bus approached; she was hit and died in hospital the following day.

At the inquest, the Coroner issued a Prevention of Future Deaths report to Chris Grayling concerning the issue that the signal of the second stage of a staggered pedestrian crossing may confuse people crossing the first stage. This is obviously an important point, but it is unlikely to be the contributory factor of the fatal crash here.

The PFD notes that, following the crash, TfL had installed louvres on the pedestrian lights to obviate the problem cited by the Coroner. We alerted TfL’s Vision Zero team that that measure was insufficient because the real problem was elsewhere, namely in the confusion created by the hidden third lane. That was the fatal fault in the design that killed Julia. We arranged for TfL’s Vision Zero team to view the site and they agreed with our analysis.

At the site visit, a number of solutions were discussed. For instance the staggered crossing can be redesigned so that it is dog right, so that the attention of pedestrians is drawn towards and not away from danger. We wait to know what TfL will implement.

We also pointed out that the crossing of the slip road should have a zebra:

Is it appropriate for an 8 year old or an 80 year old to risk their lives here?

Finally, we suspect that there are many junctions with a similar flaw. We strongly urge Transport for London to review all their junctions if it is the case. 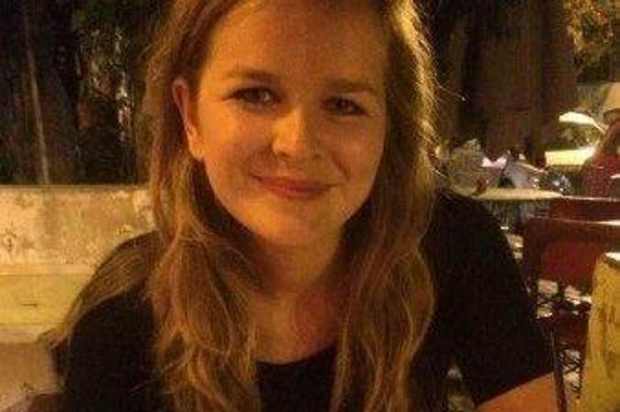 Julia was only 27 when she was killed; she was training to become a speech therapist. This is how her father remembers her:

“She loved her friends, the children she worked with, and her family. She had lots of friends and they were very important to her.She wanted to work with people and help people. She had travelled to lots of different parts of the world, including working at an orphanage in Mongolia during her gap year. She believed in social justice and she was a feminist, and she believed in supporting people who were less fortunate than herself. She would have made a cracking speech and language therapist.”

She was killed as a consequence of a faulty design.

Let the image of this wonderful young woman be a constant reminder to everyone at TfL that the way they design roads may have tragic consequences; it requires constant supervision whether people use the facilities the way they were drawn on paper. Humans are not robots: they are fallible and don’t like to waste their time. Good design takes the humanity of users into consideration and creates systems where attention is directed towards what matters.